My World of Music

A Peaceful Place in Quantum Space 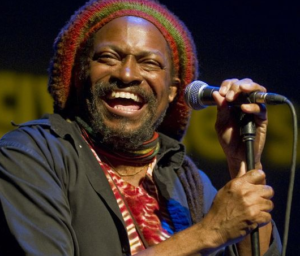 Walt Richardson hosts the weekly World music program MY WORLD OF MUSIC. He is truly a Tempe music legend in no uncertain terms. This icon has been playing his own take on folk, reggae and rock in the local community for over thirty years. Having started as a street musician and working his way up to world tours, Richardson has always made Tempe his home base and celebrates it in his songs as well.

In 2014, on his 60th birthday Tempe declared January 18 to be Walt Richardson Day and he was inducted into Arizona’s Music and Entertainment Hall of Fame at Tempe Center for the Arts. The event was celebrated with an all star concert at which he performed as well.  Richardson was also honored once more by the city of Tempe. He is the inaugural musician to be on honored with a gold plaque embedded in the sidewalk on Mill Avenue, creating Tempe’s Music Walk. Each November they will add another band or musician or band to the walk and Richardson has the honor of being the first.

If he isn’t making music, he is spreading the word, or encouraging other artists that feel that fire in their soul to create the sounds that move peoples souls. I was deeply move at the dedication for the Tempe Music Walk, when he began his performance with a song by one of his biggest influences, Cat Stevens and his rendition of “Father and Son” was simply amazing–it was also a perfect anthem for this legend who has become a mentor to so many throughout the years.