People and Programs Making Positive Impact on the Valley 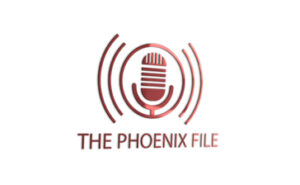 His interest in broadcasting began as a child listening to local late night talk shows in Boston, old-time radio serials and radio dramas and news programming from throughout the world on short wave radio. He was fascinated with the way news was gathered and reported. Inspired by Edward R. Murrow and Walter Cronkite, Stu developed a deep interest in broadcast news gathering. His first experience behind the microphone came at WCMO-FM, his college radio station at Marietta College in Ohio where he majored in broadcast journalism. At WCMO-FM, he was a disc jockey and a newscaster. He later studied broadcasting at the Northeast Broadcasting School in Boston under the guidance of iconic newsman Victor Best.

He entered the Army during the Vietnam War and was trained at the Department of Defense Information School at Ft. Benjamin Harrison in Indianapolis, where he graduated from the military broadcast journalism program. Stu was assigned to Johnston Island in the Pacific, where he was the news director for the Armed Forces Radio and Television Service broadcasting news on both radio and television. The highlight of his tenure at AFRTS was being part of the news team that broadcast the splashdown and recovery of the Apollo 11 capsule carrying the first astronauts to walk on the moon. When he returned to the United States, Stu was assigned as a public information officer with the 47th General Hospital at Fitzsimons Army Medical Center in Denver.

Now that he is retired, Stu continues to provide management consulting to charitable organizations.