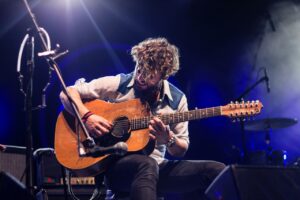 Charles Woodall-Pike, known on-air as DJ Hockey Chuck, is one of the co-hosts of RISE, our local music and in-studio show. A Phoenix native, Charles has been with the station since 2014 in a variety of roles. He is a passionate sports fan, supporting all the Arizona-based teams, especially the hockey teams (as his on-air name suggests). Outside of KRDP, Charles is also a cameraman, a photographer and a writer. He graduated with a B.A. in Journalism from the Walter Cronkite School of Journalism and Mass Communication at Arizona State University in 2012.