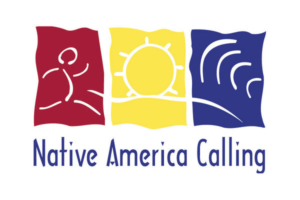 Antonia Gonzales is a member of the Navajo Nation and grew up in Arizona and New Mexico.  She anchors and produces NATIONAL NATIVE NEWS, an award winning national newscast which airs at the top of the hour during NATIVE AMERICA CALLING on tribal and public radio stations across the United States and Canada; covering social, economic and cultural issues, which impact Indigenous people worldwide.  Antonia has worked for Koahnic Broadcast Corporation for nearly a decade.  She started as an Associate Producer for KBC’s nationally syndicated talk show Native America Calling.   Before joining the Koahnic family, she was a one-woman-band television reporter for a CBS affiliate in Southeastern New Mexico where she covered two counties and followed stories such as large drug busts, cave rescue trainings and the famous annual bat flight at Carlsbad Caverns National Park.

Antonia received her Bachelor of Arts Degree in Mass Communication and Journalism from the University of New Mexico and minored in Native American Studies.

Antonia is a former board member of the Native American Journalists Association (NAJA), which serves and empowers Native journalists.  Seeing a need for more Native journalists, she encourages Native youth to take an interest in the journalism field, especially broadcasting.  She has done so by mentoring at NAJA conferences and by guest speaking via Skype with college students in Montana, Canada and Australia.

Antonia lives in Albuquerque with her husband and two sons.